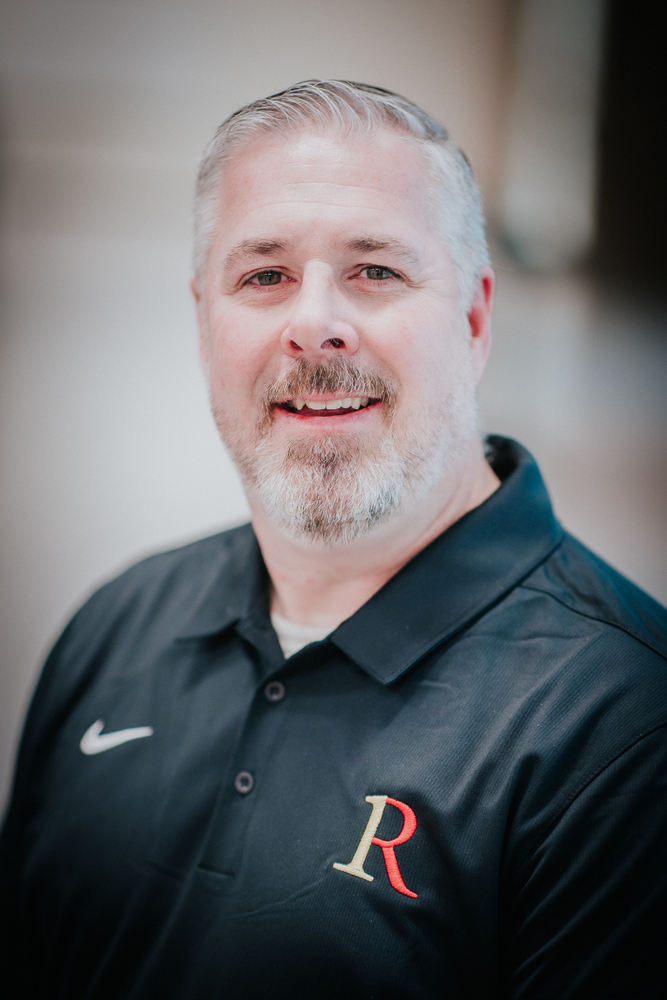 It took less than a minute for Rome High’s new volleyball coach Scott Carter to set the tone for his introductory press conference at the Rome High School College and Career Academy on Wednesday afternoon.

“We want to have a championship caliber program year in and year out,” Carter said. “We want to have a team and program that we can all have pride in and that our players are considered to be the gold standard in our area and in the state. I’m excited to start setting those standards.”

Carter’s volleyball background is extensive, boasting more than 30 years of experience across multiple levels of the sport and serving in various coaching roles in high school and for several collegiate teams, including Kent State, the University of Kentucky and the University of Tennessee at Chattanooga among others. Carter helped coach several teams to national rankings and helped bring in top-ranked recruiting classes as well.

He also spent time at Stow High School in Ohio earlier in his career where he took a moribund program to a sweet sixteen and a final four appearance while also earning coach of the year honors from the Akron Touchdown Club.

Carter replaces Katie Price as the coach. Price had a successful run as coach, helping Rome to a 24-14 record this past fall and a spot in the Class 6A playoffs. Rome High Athletic Director Chris Boden said Price decided to step away from coaching in order to spend more time with her family.

Once Boden learned that Price was stepping away, he launched a search to find a top-notch successor.

“Our goal is to keep elevating. We were doing great, but we think we can get even better and we think Coach Carter can help elevate us to the next level,” he said.

Boden’s search included conversations with three different state championship winning volleyball coaches in Georgia. Along the way he talked to numerous people, picking their brains before an email and phone conversation with Carter.

“I opened up his resume and was impressed. He has tons of experience at both the college and high school levels. What jumped out to me was his track record in coaching and recruiting and really what he stands for. We thought he would be a great fit for Rome High,” Boden said.

Carter covered many topics in the opening press conference, including having an inclusive mindset with the program not only for the varsity team but the junior varsity and middle school teams as well. He also talked about what fans and opposing teams can expect to see from the players going forward.

Those two issues – game intelligence and conditioning were mentioned more than once by the incoming coach, especially when talk turned to what it would take for the Lady Wolves to continue their success and make even deeper runs into the state playoffs.

While Carter has served as a college coach the past few years, he said there are tons of similarities between coaching at the college and high school levels.

Another big takeaway from Carter came when discussing the overall volleyball program at both Rome High and Rome Middle School. Carter has already spoken to several of the coaches and even the strength and conditioning coach to go ahead and get volleyball specific work starting in the weight room.

“I want our middle school, junior varsity and varsity players to understand that they are all part of a program and not separate teams. We’ll have a one voice philosophy,” he said. “That means from the top down from 12th grade all the way to sixth grade we will have one standard with the way we teach the game as well as everything we do technically and the way we give feedback. Our sixth graders will be doing and learning the same things our varsity players are doing.”

A key aspect for Carter taking the job was being able to be closer to his family, including his wife who works in Rome and their four kids who are all active in athletics and activities.

“My wife and I had never worked in the same place at the same time. We have four young kids and they are all super involved. This seemed like a great situation. This is a school that wants to be successful and wants to win championships,” he said. “When they told me there was a teaching position open, I knew I could have some stability and coach a championship team at the same time. I could also be in the same town as my wife and be able to see my kids more and be a part of their life. All of that came together and it seemed like a no- brainer for us.”